As part of our celebrations for the 50th anniversary of the International Waterbird Census in January 2016, an international survey team led by Wetlands International counted a staggering half a million migratory waterbirds at the famous Barr Al Hikman site on the Oman coast. This January, the count is being repeated as part of the Indian Ocean Coastal Waterbird Count 2017.

The counts are providing new information on the importance of the area for waterbirds, which will influence management priorities for the area. The survey will also contribute to the documentation currently being prepared by the Ministry’s to designate the area as a Ramsar Site. This would recognise its international importance for waterbirds, marine turtles, and intertidal coastal habitats and islands. 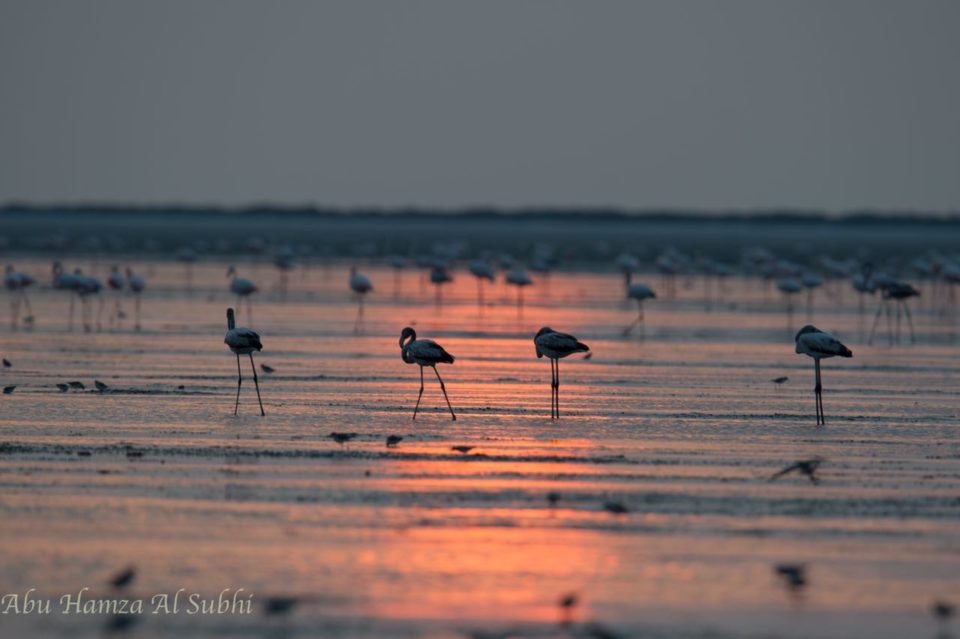 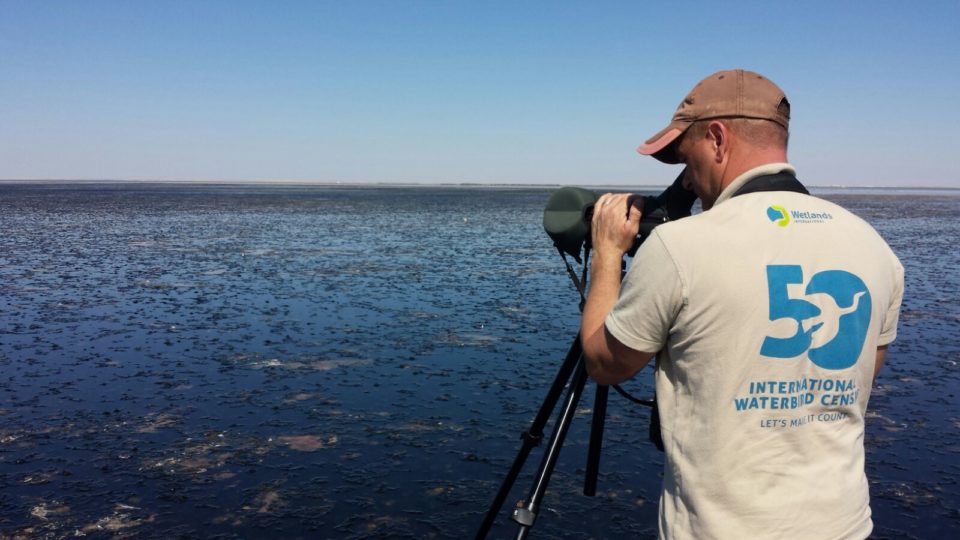 Over the first three days, three of our 4-wheel drive cars got stuck in the sebkha and it took us several hours of digging before we could haul it out. It is a reminder of the many challenges of working in these coastal salt flats, which can be surprisingly soft as they are regularly inundated by the highest of tides. We have seen clouds of shorebirds come to roost in these salt flats during the day as well as night after they have fed on the intertidal flats that are exposed at low tide. 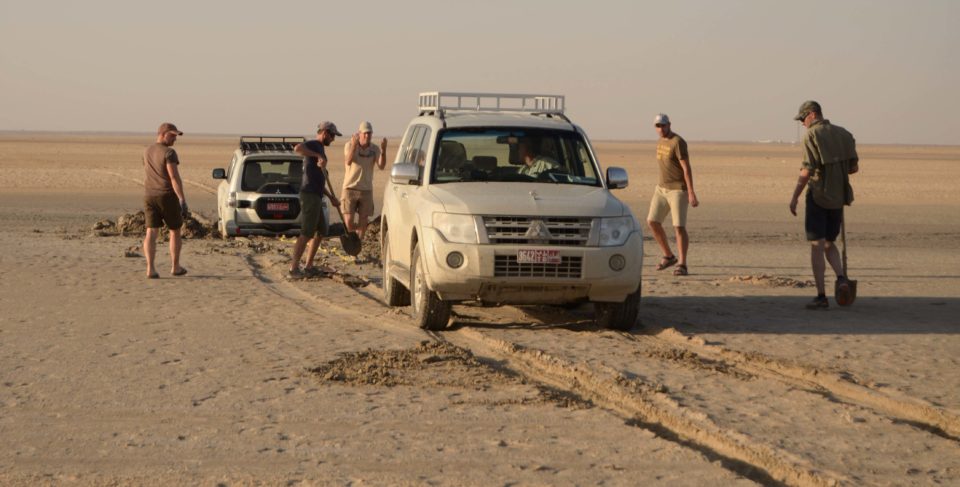 Trying to get the 4-wheel drive out of the mud. Image by Taej Mundkur

The star-filled night skies and serene sunrises provide an ideal surrounding for the survey. The area is seasonally used by fisherman and signs of their habitations are visible at several locations along the coast. The only people we have encountered so far in the area are a few locals collecting plants.