Wetlands International European Association has worked on the Batumi Resilience Study to analyse the city’s climate resilience challenges and develop conceptual designs for two locations that tackle them in an integrated manner. The study’s partners are Beccan Davila Urbanismo-BDU and Royal Haskoning DHV, with funding from the Dutch Enterprise Agency (RVO).

About the city of Batumi

Batumi is the second largest city of Georgia and the capital of the Autonomous Republic of Adjara. It is one of the major cities on the Georgian Black Sea coast, playing a significant role in economic, cultural and tourist development of the country. The city has grown from 14,000 inhabitants in 1886, to 82,000 in 1959 and currently 152,000 inhabitants. Batumi’s image has changed from a relatively small city into a non-uniform conglomerate with highly developed districts with modern architecture.

Batumi is member of the European Bank for Reconstruction and Development (EBRD) Green Cities Initiative, having its own Green Cities Action Plan (GCAP).

Since 1990, the average temperature of Batumi has increased by 0.5° C. Based upon the scenario of future climate change in Georgia, for the 2050-year, temperature will continue increasing in Batumi by 4.20° C. This climate change will worsen existing climate and water resilience challenges, which include urban water logging and flooding; heat waves and urban heat island effect (UHI) due to an inefficient or lack of green space and urban water bodies; landslides on the mountainous side of town; and coastal erosion.

The study team took upon itself to translate several of these identified resilience challenges and physical locations of concern (i.e. from the GCAP) into concrete ideas for projects. Starting from a city-wide analysis, the Municipality identified two physical locations for which the team has come up with a first conceptual design for a bankable, integrated, holistic, inclusive project, endorsed by stakeholders and potentially interesting for the international (development) financiers.

The first location is currently a nature-poor lake and concrete covered 8-lane central road, which is to be transformed into a Green Boulevard. The study developed a 1,2km (draft) master plan for a urban transformation of this existing corridor, that includes different aspects such as climate adaptation measures, sustainable mobility, new activities and an iconic design for a pedestrian bridge over the Ardagani lake as well as its natural enhancement, connecting the stadium, the Boulevard with the beach area. 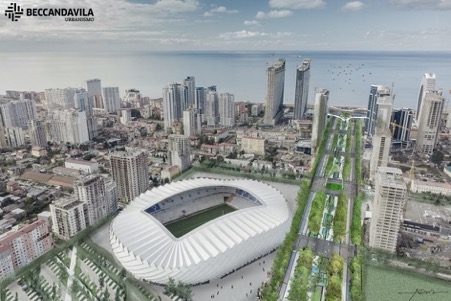 Fig.1 Conceptual Design for a new “Green Boulevard”. By BDU

The lake’s natural enhancement includes biodiversity habitat and water quality measures through floating structures, amongst others. The concept design is further to contribute to climate resilience by adding new green strips, grass lawns to enhance infiltration, bioswales to improve drainage, lines of trees to provide shading block exhausts from motorized vehicles to pedestrians and improve air quality. It also includes a pergola system covered with vegetation with flowers to attract pollinators and provide shading.

The second location that was studied is in the port area of the city, where a vacant lot has a small creek that flows into the sea. This area is to be developed into a Creative Industry and Leisure District for which a masterplan is to set the framework. In this masterplan the creek is enhanced, a small park developed and rules for new buildings are set in relation to water management and renewable energy. An international competition invites companies to design and built their own lot according to the masterplan. 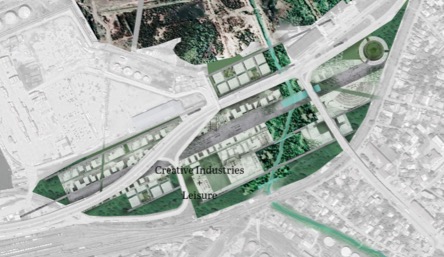 Additionally, to tackle coastal erosion, improve green space and biodiversity, the concept of an  urban coastal wetland park was developed applying Building with Nature measures. This area can be connected to the creative industry district and be a recreational area for those working in it. Due to limited resources of the study, the park specifications need to be developed in a subsequent phase. 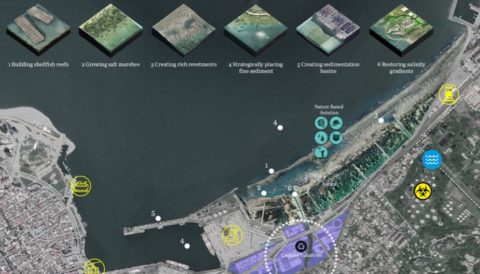 Both the Batumi Municipality as the Adjara Autonomous Republic government well-received the designs and show high interest in taking them further. Next steps include (pre-)feasibility studies for the identified concept projects, as well as public tendering of their implementation.