The Hague – The Energy Cooperative Anneville from Ulvenhout (the Netherlands) won 10.000 EUR to make their neighbourhood school more sustainable by installing solar panels and educating students on renewable energy. The competition was organised as part of the “Proud of my Purok” initiative to improve the resilience to disasters of neighbourhoods in the Philippines. 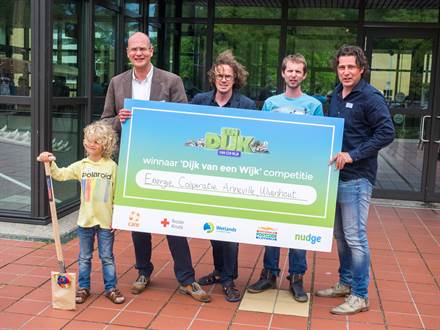 Today the winner of the “Dijk van een Wijk/Proud of my Purok” competition in the Netherlands was announced. The competition invited Dutch citizens to come up with ideas to improve their neighbourhoods regarding themes such as water, energy, security and green spaces. Circa 70 Dutch neighbourhoods competed for the grand prize of 10.000 EUR to implement their idea. 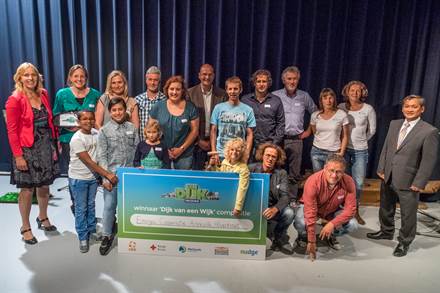 Jean Nijssen, who presented the winning idea, said: “We are extremely happy with this prize. Together with my neighbours I have the dream to make Ulvenhout climate-neutral. Now we have the chance to make a start by installing solar panels on the roof of our school. This way we do not only start generating our own local energy, but we also create an impact by educating our children via an educational programme”.

The competition was organised by the Netherlands Red Cross, CARE Netherlands, Wetlands International and Nudge as a means to raise awareness among Dutch citizens of the need to reduce disaster risks in the Philippines and to help communities there to become more resilient.

The competition was organised with the support of the Dutch Postcode Lottery.

Video – Proud of my Purok