On 21 May, Europe celebrates the 30th anniversary of the adoption of the EU Habitats Directive and the establishment of the Natura 2000 Network. The EU Habitats Directive has provided community level protection to several wetland habitats listed on its Annex I, including certain types of peatlands, coastal wetlands, rivers and lakes as well as protection for the habitats of wetland dependent species listed on its Annex II. It has created an obligation for the EU Member States to maintain or restore these habitats to favourable conservation status and to this end designate Special Areas of Conservation (SACs). The Natura 2000 includes also the Special Protection Areas (SPA) identified and designated under the EU Birds Directive.

Today, the Natura 2000 Network consist almost 27,000 terrestrial and marine sites in the 27 Member States of the EU covering more than 18% of Europe’s land and 9% of its marine areas. The Natura 2000 Network has an enormous importance for wetland conservation and sustainable management as about 41% of all terrestrial and coastal waters in the EU is designated as part of the network. Some wetland types such as peatlands and coastal habitats are relatively well covered, but the coverage of small wetlands is low. 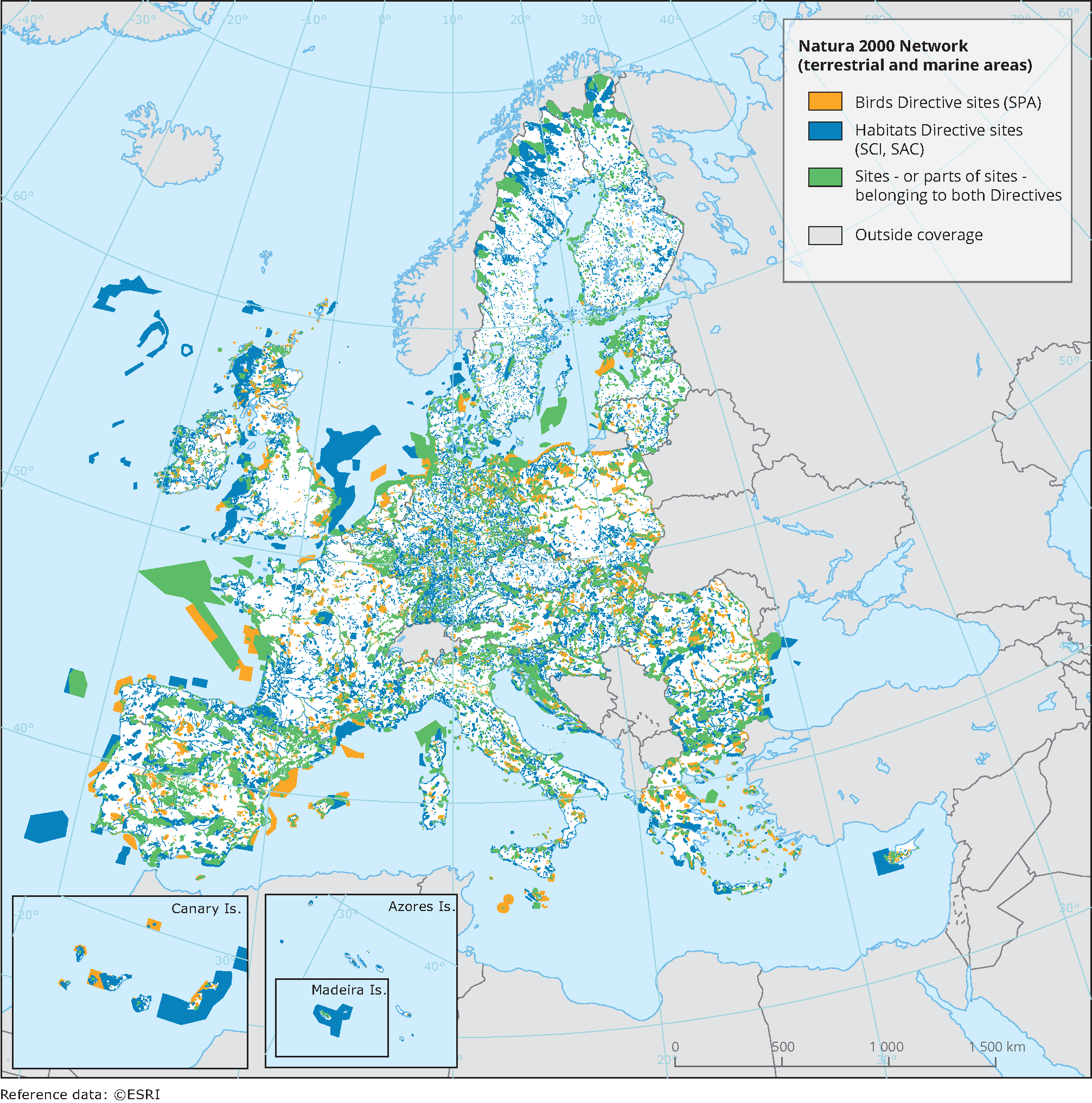 Establishing this enormous network of protected areas, is a huge achievement. However, the designation of Natura 2000 sites without proper management is insufficient to achieve the EU Biodiversity Strategies target of 30% of species in unfavourable conservation status recovering. Studies based on data from the International Waterbird Census coordinated by Wetlands International Europe and other studies show that appropriate management help recovering species and contributes to the adaptation of species to climate change. Therefore, it is important to shift the focus from the designation to proper management and restoration of species and habitats. This is reflected in the EU Biodiversity Strategy’s targets of 30% well managed protected areas and restoring the EU’s ecosystems.

Wetlands International Europe works with a wide range of stakeholders to contribute to the further development and better management of the Natura 2000 network.