It is increasingly recognised that peatlands aren’t valued enough. Despite the many gifts that healthy peatlands offer us, like the long-term storage and sequestration of carbon, water regulation and filtration, fire protection, spiritual and historic meaning, and unique biodiversity, they are largely degraded in most of the world. Creating an incentive for people to value these wetland ecosystems may be one of the most crucial tasks of this decade, especially when it comes to their vital role in mitigating climate change. That’s why carbon projects such as MoorFutures have started to pop up across Europe and beyond.

MoorFutures is a German carbon certificate developed in 2010, which is based on the re-wetting of drained peatlands for carbon dioxide (CO2) mitigation. As a customer of this certificate you can pay €64 to keep 1 tonne of carbon dioxide from the atmosphere – that’s equivalent to 72 trips from Amsterdam to Paris on the train! With this money peatland rewetting programs can take place. This particular carbon credit is currently being sold on the voluntary carbon market, for anyone who wants to offset their carbon footprint. The exciting thing is that rewetting peatlands can be so much more than carbon emission reductions; a good quality certificate like MoorFutures also brings back the peatland’s other gifts, as mentioned at the start.

We are excited to announce that this year, Wetlands International Europe and the Michael Succow Foundation have supported the Foundation for Peatland Restoration and Conservation in the adaptation of this certificate for suitability in Lithuania. As part of this project, the MoorFutures standard and methodology has been translated into Lithuanian, a legal analysis has been carried out to make sure that the project is feasible, two pilot sites have been selected for the first carbon projects, monitoring schemes have been set up for Greenhouse Gas Emissions Site Types (GEST), water level and biodiversity, webinars for local stakeholders have taken place, and a website has been launched. 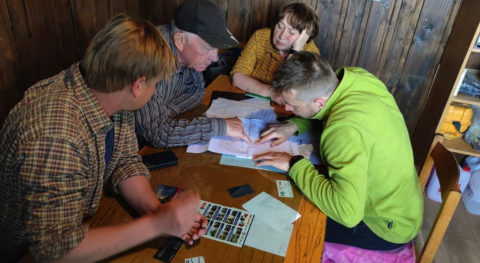 This project also comes at a crucial turning point in European policy, as the European Commission just launched the Carbon Farming initiative with the communication on Sustainable Carbon Cycles. In this EU communication peatlands were highlighted as one of the key carbon farming mechanisms. In fact, the MoorFutures methodology was widely mentioned in the Carbon Farming Study requested by the ENVI committee.

In the coming years, we look forward to seeing these two pilot sites restored to their boggy states, and for many more peatlands to be rewet across Lithuania. Furthermore, because of the similarities in peatlands across the Baltic states, there is a huge opportunity for replicating this project in other neighbouring countries like Latvia, Estonia and Belarus. We will be working with our member the Michael Succow Foundation and our new associate the Foundation for Peatland Restoration and Conservation to make this happen. Because it’s high time that peatlands everywhere get the value and recognition they deserve! 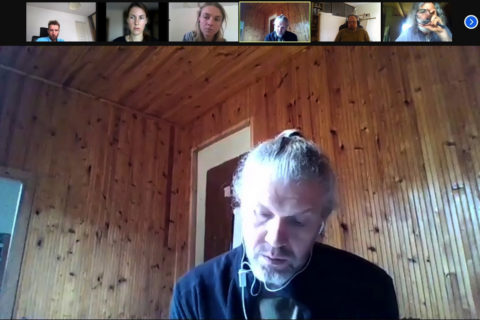 Caption: One of the online meetings on informing the stakeholders about C credits from peatlands. “Zooming” in both virtually and physically it seems.