Mediterranean environmental organizations have joined forces as members of the Mediterranean Alliance for Wetlands to urge Greece’s Prime Minister Kyriakos Mitsotakis to intervene to prevent the devastation of Corfu’s Erimitis peninsula and its vital wetland habitats through the proposed construction of a tourist resort. 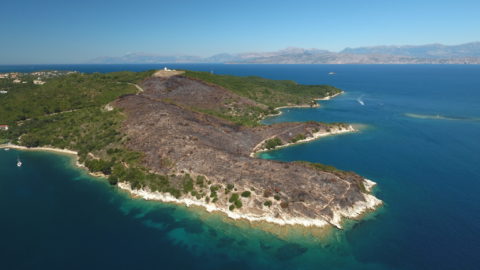 This follows a previous letter sent to Mr Mitsotakis in October 2020 on the same topic, which did not receive a response. The Mediterranean Alliance for Wetlands has issued a Red Alert warning for Erimitis, recognizing that its Vromolimni and Akoli wetlands are important sites to protect within the Mediterranean Basin and that they are facing an emerging threat.

The Alliance’s latest letter notes that Erimitis is not only a site of great natural beauty, and full of life, but that it also provides key ecological services to people, such as improvement of water quality and protection against storms. As one of Corfu’s few remaining unspoiled natural environments, Erimitis contains remarkable habitats for nature, including three very important coastal wetlands which are protected by a Greek Presidential Decree. The wetlands are a vital ‘stopover’ habitat for migratory birds, classified as threatened and protected under the EU Birds Directive, and also home to numerous species protected by the EU Habitats Directive such as the European pond terrapin and dice snake.

Despite its importance, the future of Erimitis is threatened by the proposed ‘Kassiopi Project’ tourist development which could have serious implications not only on the ecosystem but also for local people through noise and water pollution, as well as loss of enjoyment of these remaining well-conserved spaces. The letter highlights that protecting wetlands such as those in Erimitis requires implementation of sustainable tourism management and conservation measures as nature-based solutions to reduce the effects of climate change, to secure clean water, food and human wellbeing, and to protect nature. 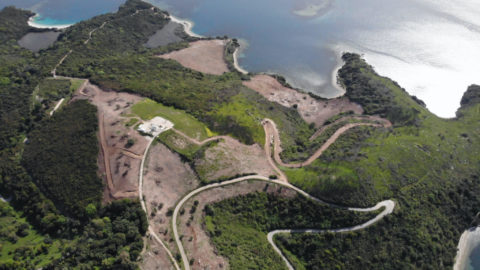 Deforestation and clearing at the site

The Mediterranean Alliance for Wetlands’ letter notes that preliminary deforestation and clearing have now begun at the site and that heavy machinery passed through the boundaries of the protected wetland Vromolimni and constructed a road on the wetland shore. Consequently, the letter implores the Prime Minister to urgently reconsider the development and to implement appropriate conservation measures, including:

The letter concludes by urging the Greek Government, as the global tourism industry reopens post-Covid, to embrace ecologically-compatible tourism and demonstrate world leadership in promoting sustainable development which considers local needs and wishes, and adheres to international and EU law.

Vivi Roumeliotou, Policy Coordinator at Society for the Protection of Prespa said, “In the era of the climate crisis, keeping intact wetlands, such as that of Erimitis, is not a luxury that should succumb to conventional development priorities but an indispensable policy choice for any wise government. If the most valuable natural ecosystems that protect coasts from erosion and regulate water quality are destroyed, tourism activity is bound to be compromised in the long run. The current and future Greek governments must come in tune with the times we live in and strengthen institutional tools for conservation and management of nature as well as restoration activities on the ground, instead of making the opposite choices both in law-making and in development planning.”

“Wetlands have frequently played a role of unsung champions, maybe due to their peculiar nature of being made up of both water and land. However, new policy developments in Europe and around the world are increasingly recognising the significance of these magnificent service providers for humans and nature alike. European Member States will have to keep up with new restoration and conservation targets, and wetlands are among the most efficient ecosystems when it comes to fighting climate change by acting as buffers against sea level rising, carbon sinks or food suppliers. We request Prime Minister Mitsotakis to reconsider the continuation of the Kassiopi project and to designate Erimitis as a protected area. By doing this, Greece could become a frontrunner in the prioritization of its natural capital over grey infrastructure and a source of inspiration for others to protect nature and reverse the degradation of ecosystems” added Yurena Lorenzo, Head of Wetlands International European Association.

This letter was signed by the following organisations:

The Mediterranean Alliance for Wetlands is a consortium of NGOs and research institutions which was formally established in January 2017. It aims to raise collectively the profile of wetlands in Mediterranean society at large and in particular in national, regional and international policy through the promotion of their sustainable use, based on innovation and evidence-based best practices as a catalyst for change.