Home » News » Water Stores from Mountains to Sea » Natural infrastructure solutions » One year after the floods in Germany, what have we learned about the causes?
News 14 July 2022

In mid-July 2021, close to the German-Belgian border, normally tranquil streams transformed into violent torrents due to record rainfall. The destruction left more than 220 people dead. It was one of the Germany’s worst flood disasters ever and the most expensive natural disaster to date estimated at €35 billion. One year later it’s clear that land use played a significant role in the severity and investing upstream in nature-based solutions can help defend against future floods.

Most analyses of the event have focused on the unprecedented amount of rain, blaming climate change and the failure of the early warning system. While the downpour was unprecedented and climate change is likely to make such events more frequent, our decade of research with partners WWF Netherlands and Bureau Stroming in the region shows that land use was the overlooked contributor to the severity of the floods.

This region of the German Middle Mountains normally receives relatively large amounts of precipitation, making it important for water retention. But changes in land use have destroyed the natural water retention features of the landscape. We found that drainage channels, hard surfaces and bare soils that moved water quickly downstream were major contributors to the floods. Solutions therefore need to focus on restoring the absorptive capacity of these upstream sponges to store more water and slow down the release – rather than pouring more concrete to channel water or focusing on downstream measures.

The following are key lessons learned from data analysis and site visits:

Upstream drainage contributed disproportionately to the peak floodwaters sent downstream. Due to large scale drainage for agriculture on the sloping hills and upstream valleys in the upper reaches of the river Kyll in the Eifel mountains, water flows off the land faster than ever, rather than being absorbed in soils and slowly released, causing higher flood peaks. Our analysis found that 58% of the upstream land area in the Kyll River contributed 89% of the peak discharge downstream in Kordel. Some of this was due to the fact that more rain fell upstream than downstream – further making the point that these waters should be retained upstream as long as possible. 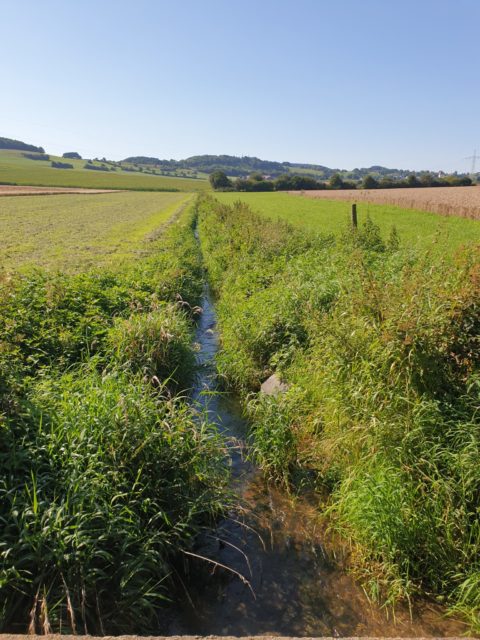 Natural sponge potential of soils is high in this region and it is unlikely they were saturated. The extent to which water is retained in a landscape is strongly determined by the character of the subsoil and soil. The absorptive potential appears to be very high in large parts of this catchment area. Even during this event, the often-heard statement that the soil was saturated and could not retain more water was not accurate. Until the end of the precipitation period, the soil continued to absorb a lot of water and surface runoff of over-saturated soil probably occurred in only a few places. This means that the sponge effect of most soils was sufficiently large and that there would still have been capacity for water that did run off superficially (from paved surfaces and maize fields) to locally infiltrate if given the chance. The real challenge is to store the water as long as possible in the soil and to not speed it up by intercepting sub surface water with drainage channels or roads.

Paved surfaces became the main rivers for channelling floodwaters downstream. Paved surfaces (roads, built-up areas, etc.) are likely to have supplied a large part of the flood wave. In the first part of the wave this was probably almost all the water. As time progressed, other streams of water which took longer to travel downstream, increased. As long as it continued to rain intensively, the share from paved surfaces remained very large.

Bare soils were a major contributor to floodwaters. Fields with crops that germinate late such as maize are vulnerable to forming an impermeable crust and lacked enough vegetation to slow down the water, or only partially did so. In these areas, as the rain intensity increased, an increasing part of it flowed over bare soils and joined up with streams. When water is slowed down by vegetation it can more readily infiltrate into the soil.

Flood prevention should focus on upstream measures, in particular nature-based solutions that: 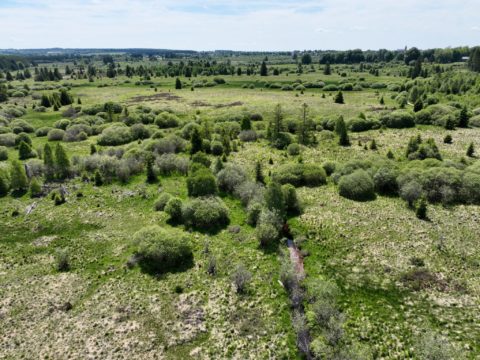 These measures could have a beneficial impact in over 125,000 km2 in Germany, France, Belgium and Luxembourg – before rain enters rivers and becomes floodwaters – making people and property safer from the threat of future floods.