From 9th to 11th February, WWF Adria hosted in Mostar, Bosnia & Herzegovina the Steering Committee meeting under the M1/M2 Partnership on ensuring integrated river management in the Mediterranean Basin funded by the MAVA Foundation. The meeting had a hybrid format, allowing members to join through Zoom too and was chaired by Teresa Zuna, Project Manager of the M1/2 Partnership.

The meeting was primarily focused in updating the members of the SC on progress regarding the Partnership, projects on the ground and to discuss emerging issues such as the collaboration with M3 Partnership with focus on coastal wetlands, fundraising opportunities and agreed ways forward.

During the stay in Mostar, SC members visited Hutovo Blato, a nature park and one of the most important birds habitats in Europe being threatened by the hydropower developments in the Trebišnjica river basin. The members also visited the Buna spring, the Dervish monastery, Blagaj Tekija and the confluence of Neretva and Buna river. 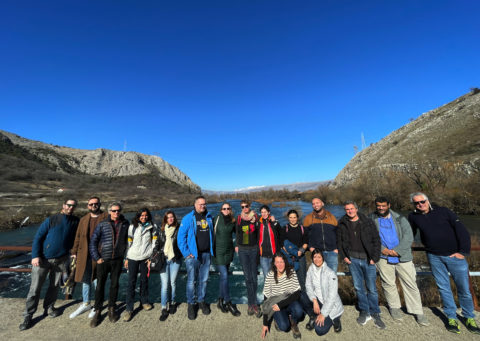