On the International Day for Biodiversity, the Douro Vivo Network was launched at the Casa das Artes in Porto, Portugal. This new partnership of NGOs and academic institutions aims to promote the protection of free-flowing and clean rivers, with a special focus on the Douro river. 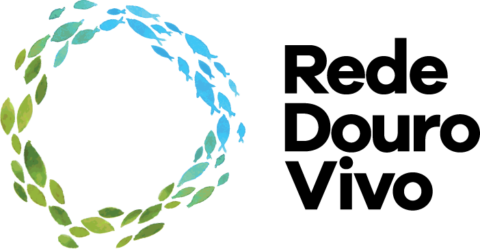 Rivers are the veins of the planet and one of the most endangered ecosystems in the world. The Douro river basin is the largest basin of the Iberian Peninsula, and the largest of Portugal. The basin hosts a number of protected species and habitats which are threatened by pollution, exploitation of resources and the impacts of existing and planned (hydropower) dams.

Ana Brazão, coordinator of the Douro Vivo Network within GEOTA, the Portuguese NGO and lead partner, reiterated today that “the Douro River and its tributaries are threatened by the exploitation of resources and by the negative impacts of dams”. The project coordinator mentioned that “there are other viable options for energy production and local economic growth that have to be explored. This network will study and promote them publicly.”

The Douro Vivo Network (Living Douro Network or Rede Douro Vivo in Portuguese) is a new multidisciplinary partnership of Portuguese and international scientists, environmentalists, conservationists and experts in the legal area and public participation. Over the next five years, the network will create awareness of the need to protect rivers from further changes, pollution and the construction of new, unnecessary dams. It will promote integrated water resources management in the Douro basin.

The network aims to map out areas of great ecological importance – biodiversity hotspots – in the Douro basin and identify barriers that are obsolete and pose a threat to wildlife populations, heritage and habitats with the purpose of claiming the removal or adaptation of these barriers. The study will result in improved knowledge of the region and promote the development of a new conservation status for rivers or stretches of rivers, that still run freely – similar to practices in Spain and other countries.

Wetlands International – European Association takes part in the Douro Vivo Network to help achieve enhanced conservation, rehabilitation and sustainable use of the river Douro through lobby and advocacy at European Union level.

The Douro Vivo Network is led by GEOTA in partnership with International Union for Conservation of Nature – Center for Mediterranean Cooperation, Wetlands International – European Association, WWF Portugal, Liga para a Protecção da Natureza, and the Inducar Network. The academic partners include the universities of Porto, Coimbra, Trás-os-Montes and Alto Douro, Nova University of Lisbon and the Polytechnic Institute of Bragança.