A regional office in a global network

Wetlands International Europe is part of the global Wetlands International network, which has approximately 150 staff members employed in 16 offices worldwide. We bring knowledge into policy and practice, connect local actions in 100 countries to make a global difference, we catalyze actions that support those that use or depend on wetlands, and we are passionate about the positive change we make for people and nature.

Working in Europe for a global impact

Wetlands International Europe brings together 11 European NGO members, working together to raise awareness about wetland ecosystems and to advocate the sustainable use of wetlands for people and nature, in particular by linking science, policy and practice.

Wetlands International Europe Association was founded in 2013 by seven organisations;

… and was later joined by four additional members:

CIREF was created as a non-profit association, linked to the European Centre for River Restoration (ECRR), and have members from public and private sectors, research, consultants and administration. They are experts on different river restoration fields of knowledge, such as ecologists, engineers and geographers, seeking to protect, preserve and restore fluvial systems. CIREF aims to promote and support all initiatives seeking the same goals, through establishing relationships, promoting knowledge and information in order to improve technical quality in the field.

CMok has been working in the field of nature conservation since 2001. It was founded by a group of scientists and professionals aiming at conservation of a large fen area near Warsaw. Soon the association expanded its activities and now it operates at the national level. The activities of CMok includes both direct actions aimed at conservation and restoration of natural habitats and species (with a focus on wetlands), interactions with policymakers in the field of nature conservation and environmental law, as well as educational campaigns aimed at the general public and professional groups important for nature management. 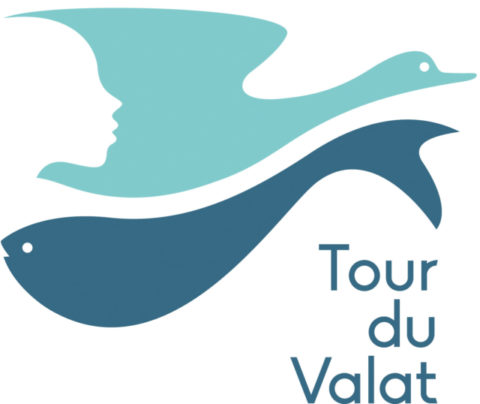 TdV is a non-profit organisation located in Camargue, Southern France. TdV’s mission is to ensure the conservation and wise use of Mediterranean wetlands by improving the understanding of their functioning and fostering a community of actors. The organisation was established in 1978, following the acquisition of the Tour du Valat estate by Dr Luc Hoffmann in 1948 and the establishment of the Tour du Valat Biological Station in 1954. The estate now covers 2 600 ha, half of which was designated a Voluntary Nature Reserve in 1984 and Regional Nature Reserve in 2008. It includes a research centre for the conservation of Mediterranean wetlands with around 70 staff members and visiting scientists.

WWT is based in the UK and works nationally and globally to protect wetlands and their wildlife and to ensure the sustainable management of the services and value that wetlands give to people. WWT has circa 210,000 members and is a science-based organisation with a focus on engagement and education all over the world, as well as direct conservation delivery.

ZSL is an international scientific, conservation and educational charity whose mission is to promote and achieve the worldwide conservation of animals and their habitats.  ZSL’s mission is realised through their ground-breaking science, their active conservation projects in more than 50 countries and their two Zoos, ZSL London Zoo and ZSL Whipsnade Zoo. Among ZSL’s aims is to protect and restore at least 1 million km2 of coastal and marine habitat and ½ million km2 of terrestrial habitat within 2026.

SEG is a not-for-profit limited company founded in 2010. Its purpose is to accelerate the recovery of the European Eel, which makes an ideal flagship species for the wider programme of wetland and river restoration and wider water management issues. SEG is governed by a board who is made up by Scientists, Conservationists and the Industry. Sustainability has been the chosen theme to enable a united integrated and holistic approach to be developed and implemented. SEG works with partner organisations to deliver work programmes that unblock the migration pathways for eel and also carries out scientific research.

EuroNatur is a non-profit nature conservation foundation with legal personality founded by BUND (Friends of the Earth Germany), NABU (the longest-established nature and biodiversity conservation association of Germany) and DUH (German Environmental Aid). In their project activities, EuroNatur focuses on creating nature conservation across national borders.

EuroNatur has developed an international network of more than 300 scientists, nature conservationists and environmental experts and maintains a constant dialogue with other organizations. They aim to hold a powerful public presence at political levels in Europe as an advocate of European nature in Brussels, as well as seeking to build up long-term relationships to achieve long-term success.

CIRF is the reference non-profit organisation on river restoration in Italy, founded in 1999 by a group of technicians with different backgrounds to develop and promote more sustainable approaches for river management and territorial planning. Since then, it has aimed at increasing the awareness about the benefits of ecological river restoration, linking research with practice, advocating for increased attention on these issues at local and national levels, and actively interacting with similar centres in the EU and worldwide.

The Michael Succow Foundation was established in 1999 as the first charitable conservation foundation under the Civil Code in the new federal states of Germany. The foundation is an operational foundation on the national and international level. It is engaged in the development and protection of national parks and biosphere reserves in the transformational countries of the former Eastern bloc (Azerbaijan, Turkmenistan, Uzbekistan, Russia).

Fundación Global Nature’s mission is to significantly contribute to the protection of nature and biodiversity, supporting sustainability policies and conservation strategies that enable creating value for all concerned sectors. Apart from implementing projects at a national and European level, FGN develops initiatives in other continents to support the achievement of the UN Sustainable Development Goals. Through technical knowledge, ethical commitment and innovation, FGN works with the conservation of habitats and species, sustainable farming and corporate sustainability.

Pelkių atkūrimo ir apsaugos fondas (“Foundation for Peatland Restoration and Conservation”) is a non-profit non-governmental nature protection organization that works for the protection, restoration and sustainable use of peatlands and other ecosystems. It also seeks to educate the public about these ecosystems. The founders and members of the organization are peatland scientists and restoration specialists with many years of experience in nature management projects in the field of biodiversity conservation and habitat restoration, knowledge about climate change, agricultural policy, and innovative solutions.