The Motion for Resolution was adopted with a majority of 622 votes against 23 rejections and 43 abstentions. Wetlands International Europe welcomes the recommendations of the Parliament which appeal for a better protection of Europe’s aquatic ecosystems, more restoration measures in degraded water bodies and full compliance with the WFD before its 2027 deadline. We appreciate the call for “increased action with sufficient funding to improve fish migration throughout the EU […]” and for improved monitoring of water bodies. We greatly support the Parliament’s request towards Commission and Member States to prioritise and financially support nature-based solutions including restoration of wetlands and floodplains and rewetting drained peatlands.

While MEPs rightly acknowledge that the construction of dams are a major pressure on water bodies and biodiversity, and state that water in protected areas should be safeguarded from hydropower projects, they leave space for the EU to finance new hydropower plants in other areas. This can lead to increased hydromorphological pressures on Europe’s rivers and accelerate the loss of migratory fish species, such as eel. Last month, the European Environment Agency’s State of Nature report found that hydropower was the most damaging to ecosystems compared to other renewable energy alternatives. Several studies show that climate neutrality can be achieved by 2040 without new hydropower capacity, for example the Paris Agreement compatible scenarios for energy infrastructure. 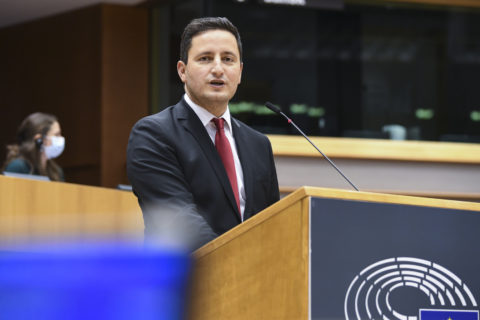