Doñana National Park supports thousands of breeding birds, millions of migratory ones and more wintering waterfowl than any other site in Europe. All these birds and other wildlife depend on the natural marshes and temporary ponds. These marshes and ponds all rely on groundwater. The same groundwater is extracted illegally by strawberry farmers around the park causing the degradation of this UNESCO World Heritage and Natura 2000 site. Despite the opposition of the Spanish Government, the European Commission, UNESCO and several non-governmental organisations, the Andalusian regional parliament has voted to support a plan to legalise 1,500 hectares of irrigated land and thus legalise the operations of illegal farmers.

Szabolcs Nagy, the Biodiversity Manager of Wetlands International Europe, has co-authored with leading waterfowl researchers a letter published in Nature Ecology and Evolution that condemns this decision that breaks Spain’s legal obligations to protect the habitats of waterbirds under the EU Birds Directive, the African-Eurasian Waterbird Agreement, the Ramsar Convention on Wetlands and the Bonn Convention on Migratory Species, and calls on the Andalusian government to withdraw the bill.

“Our control over global factors, such as climate change, is limited, but we can act on local agents, such as the amount of water extracted or the use of fertilizers, to keep the system in good condition” emphasises Professor Andy J. Green of the Doñana Biological Station. 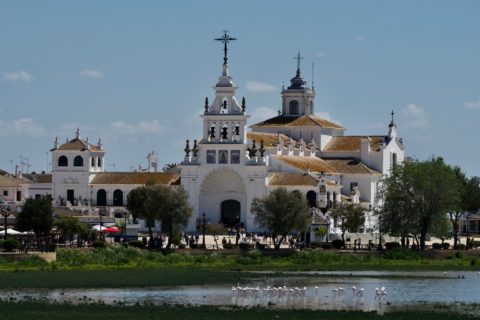 In April, Wetlands International Europe was among 30 NGOs calling on the European Parliament to take action against the illegal water extraction at the Doñana National Park.