It is with great sadness that we learnt of the passing of Hugh Boyd, aged 91. Boyd was a pioneering waterbird and wetland conservationist and scientist who had a long and impressive career in ornithology. 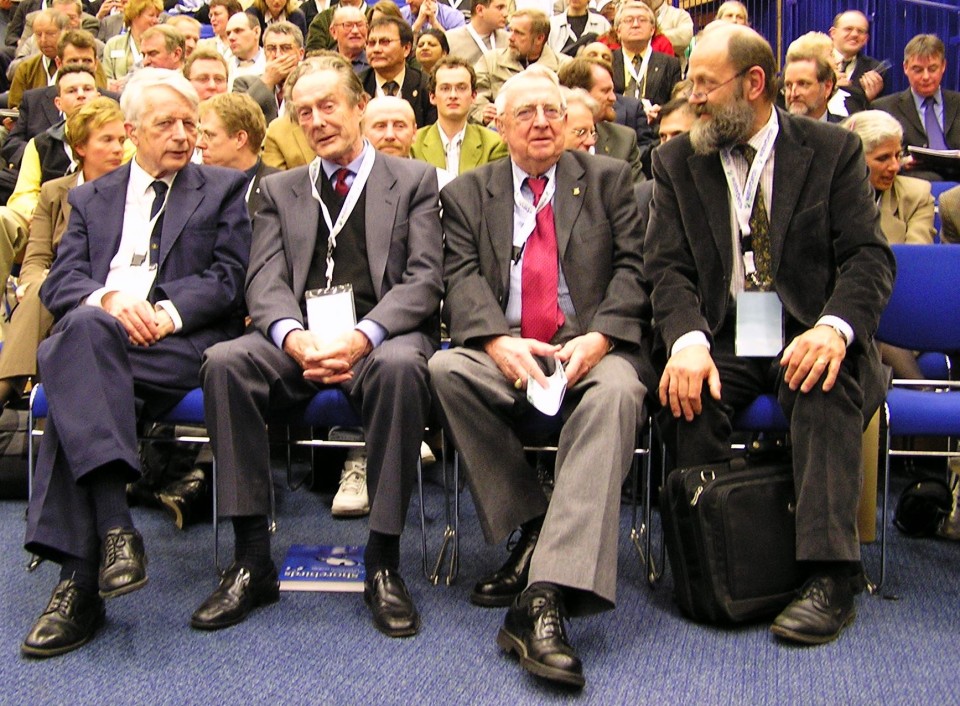 Hugh Boyd (far left) at the Global Conference on Waterbirds Around the World, Edinburgh, February 2004. Boyd was one of the four patrons of the conference. Image © Taej Mundkur.

Boyd began his career in ornithology in 1948 at the Lundy Bird Observatory, and worked for the Wildfowl and Wetlands Trust at Slimbridge, Natural England and the Canadian Wildlife Service. As a researcher Boyd published nearly 200 papers, in particular on Arctic geese and waders. Through his detailed research Boyd helped to establish techniques still used by ornithologists today, such as systematic counts and ringing. Boyd also championed the importance of international cooperation for wetland conservation and as Britain’s representative on the International Wildfowl and Wetlands Research Bureau (now Wetlands International) Boyd was instrumental in establishing what would later become the Ramsar Convention.

We would like to extend our thanks to the family and friends of Hugh Boyd, who very kindly donated to Wetlands International in honour of his memory.

Read the full obituary in The Telegraph.