As part of Wetlands International’s 60 year anniversary celebration, we will award our highest honour at an evening reception Monday 22 September in Rotterdam, the Netherlands. 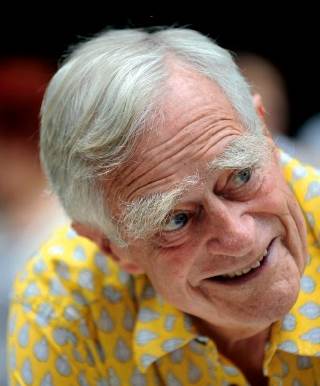 Luc Hoffmann founded the Station Biologique de la Tour du Valat (Camargue, France) 60 years ago, where he and fellow researchers pioneered long-term population studies of waterbirds, wetlands ecology, conservation and management. He continues to be instrumental in conserving key wetlands throughout Europe and West Africa, including Coto Doñana and the Guadalquivir marshes of Southern Spain, Prespa Lakes in the Balkans and the Banc d’ Arguin coastal wetlands in Mauritania. Along with Sir Peter Scott, he was among the founders of WWF, serving for many years as a Director and now as Vice President Emeritus. He has promoted numerous wetland conservation projects and policy initiatives, including the Ramsar Convention on Wetlands, which came into force in 1971.

Luc has truly made a difference to wetland science and conservation. He has been the worthy recipient of numerous awards, has authored more than sixty papers and published several books on wetlands, waterbirds and conservation. Despite the growing pressures on wetlands, Luc always remains open and optimistic, supporting the ideas of young professionals and cutting edge innovations.

Luc has personally been a source of inspiration and support to those who share his passion for wetlands. He has provided opportunity and motivation to an entire generation of wetland scientists and conservationists. The award echoes Luc’s belief that effective nature conservation activities must build on good science, and recognises his own outstanding achievements.

Wetlands International is particularly grateful to Luc for his many accomplishments on behalf of the world’s wetlands. As we review and reset Wetlands International’s strategy and celebrate our 60th birthday, we recognise and appreciate all the inspiration and support provided by Luc and his family along the way.